I’m e-mailing you to let you know that your product Paddleair has helped me to my fifth Australian longboard title. I have just come back from the Aussie titles with a win in the over 45s division and the PaddleAir was the reason for my win. I stopped competing three years ago as my sternum was giving me hell after a big surf at our state titles, and as you know I gave your PaddleAir a go early this year and I haven’t been out of the water since. The waves at the Aussie titles this year were 2 metres plus range with a 40 knot offshore wind, so the paddle out and down the face of the wave were made easy with the PaddleAir and gave me no pain in the chest and gave me more energy to negotiate the currents and the white water. I’ve recommended the PaddleAir to many surfers and we are selling them well. I thank you for your product. It’s great and if I didn’t use it I would probably be a stand-up paddler or just playing golf.
Thanks again.

I’ve been surfing for over 50 years and at the moment I’m living halfway between Brisbane and the Gold Coast. If I haven’t been in the water for a while (and this happens more often than I’d like) I’ll generally want to stay out for hours to make the most of it, especially if it’s cranking. What often used to happen to me was that my lower ribs would get really sore from the deck of my board and I’d have to go in. And they’d stay really sore for a week or so. This was a real bummer, especially when there was a good swell about. I’ve been using the PaddleAir Ergo for about over seven years now and since then my ribs have not given even a hint of trouble. I rarely go out without it. Thanks Dave for such a great invention. 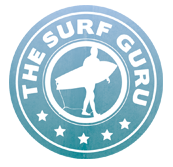 Six years ago after a lifetime of sporting activity I ruptured two discs and had a subsequent spinal collapse of nearly 4cm. I had to give up all sport but refused to give up surfing.

The two most powerful things that helped me were the PaddleAir and yoga.

The PaddleAir kept me off the operating table for 6 years, and at times was the only way I could get into the ocean and continue surfing. I had a radical hybrid double level spinal rebuild by a world leading surgeon Dr. Mattew Scott Young from Gold Coast Spine 3 months ago and today TODAY!!!! I surfed in solid 3-foot swell with the PaddleAir. There is no way I could have done that without the PaddleAir. I’m excited.

The things I love about the PaddleAir are: paddling with longer strokes, and its just way easier, significantly reduced back arch via air bag torso support, and the easy adjustment to unlimited positions at any point in the ocean.

I purchased the new ERGO today which looks a lot more streamlined than my older one. I’m looking forward to the new ERGO model which looks like the tube is better placed by not wrapping around the head [which was] my only critique of the old model, and I always thought a tube half the old models length would be a good invention, so I’m excited to try the new version.

I want to let you all know there is a lot of hope if you have a spinal injury. Keep surfing surf buddies!!

I just want to thank you for such a tremendous product. I recently purchased the Ergo for Father’s Day. I injured my Xiphoid process (part of the lower ribs) while surfing about two years ago. After a session I would re-injure the old wound and suffer pain for up to five days after. My doctor said basically to live with it and lay off surfing. I could not drop the sport that I grew up loving though. I looked around the internet and found you guys … Apparently other guys share my problem. Thank God! After two long sessions on my fish I have experienced no pain, plus I can paddle into a wave like I’m 18 again. I am one happy customer.
I’ve learned not to over inflate the air bladder. Just a couple of puffs is all I need to protect my ribs and keep my board comfortably under me. I am still totally impressed with the power it generates. I am recommending it to a friend o mine, Justin, who surfs with back pain. I think the air support can only help him as he is a middle aged dude like me.

I received the PaddleAir on Friday, thanks for the fast service. Surfed on Saturday and it worked better than I had expected, my sternum had been that sore I would not have been able to paddle without it. Also found it also helped with the neck and back fatigue.
By the way I’m 57 and just getting back into it after not surfing for about 25 years, not only am I a bit rusty, I think I have rusted.
The PaddleAir has made it so much easier to paddle that I will be able to spend more time in the water to increase my fitness which will make it a better experience all round.

Back from Sumbawa – some great waves had – excellent trip. The PaddleAir stopped the soreness and rib rub perfectly.
Over all I found the PaddleAir very comfortable and used the bladder only with a little air inside it; mostly for the long paddles back out to the line up – Just the extra thickness across the ribs was great.

I am an “older” longboarder. I borrowed a friend’s Ergo to see if it helped with my slightly protruding rib which hurt during and after any surf session. Surfed for a couple of hours with no discomfort at all! I also noticed the improved paddling position which seemed to make paddling easier and definitely lessened the load on my lower back. Loved it, good quality product which does everything the ad says.

Hi there, We're off for on a short holiday from Wednesday 13th January. We'll be back to send off your purchases from Tuesday 19th January. Please note that you CAN make purchases whilst we're away and that we'll send them off for you when we get back on on the 19th January. Cheers for now, Roger Dismiss